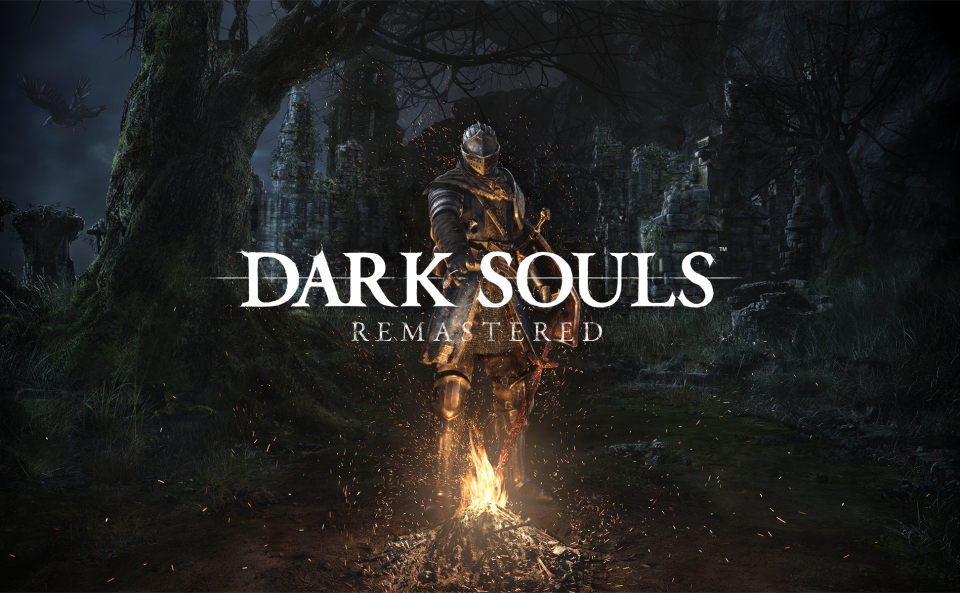 *Note: For the purpose of this article, I will be using screenshots from the remastered edition.*

I remember seeing Dark Souls shortly after it came out. I had gone over to my sister’s place for something and my brother-in-law was trying to make his way through the Undead Burg at the time. I didn’t think much of it and then shrugged it off. It just didn’t seem fun to me based on what I saw.

Fast-forward a couple of years and I did pick up Prepare to Die Edition on Steam after seeing a couple of friends playing it a lot. Though even after buying it I felt scared to even start. I had seen a lot of the “git gud” memes and worried that I would be told I suck or end up punching a hole in my monitor. And then I had a long-period of unemployment around 2015-2016 where I wanted a lot of games but had no way to buy them. Then I remembered: a lot of steam games have trading cards now. You can sell those for a few cents and it’ll add up over time! I figured since Dark Souls had a listing for trading cards I would finally load it up and just power through the taunting.

To my surprise, my friends were incredibly supportive. My buddy Dan would give me vague hints to nudge me in the right direction. Things like “you didn’t finish exploring this area” or “let me quote this character.” Never anything direct and honestly that made the experience so much more engaging for me. I had to think and when things clicked it just felt good. Don’t get me wrong though, the game is brutal.

Now since I have affiliate status on Twitch, I can use an extension called Crowd Control to make things a bit more interesting. Viewers are able to exchange bits for coins and use those coins to make different things to happen while supporting the streamer and the developers. A big head or body (the latter aptly referred to in the effect list as “Staypuft Marshmallow Man), a gender swap, or playing with the character’s health. It brought on a lot of laughter and more than a few moments where I called my viewers fiends. I am not affiliated with Crowd Control in any way, I just wanted to explain that up front so that my character’s bulbous head or very large body makes sense in the screenshots.

So began the journey of Cici (said like “see see”, in reference to the Crowd Control shenanigans), a lone undead locked away in an asylum far to the north. I do have to give FromSoftware credit for easing you into combat. You’re handed some basic equipment to get used to the timing and how everything works, and you learn very quickly that resting or respawning at a bonfire will revive everything in the area, with very few exceptions. You even get into your first boss fight very quickly! It gives you a taste of what you’re getting into before long. And then you make your way to Lordran, where the meat of the game takes place.

And this is where a lot of people tend to get stuck (and I’m speaking from experience here): Once you’re in Lordran, you’re free to explore in any direction with only a handful of progress-based walls. If you want to make your way through the alarmingly cluttered graveyard and into the catacombs, you can do that! If you would prefer to venture into the flooded depths of New Londo, you can do that too! Neither of these will end particularly well unless you know what you’re doing (and even then it’s going to be a bit of a struggle at first), but you aren’t gated off from any of it, and since death is such a major part of Dark Souls, it’s not Game Over like it would be in a Castlevania game, or most other games for that matter. Instead, death sends you back to the bonfire you last rested at, and your souls and any humanity you had stored are dropped in a bloodstain on the ground.

That’s another thing I should cover real quick: Dark Souls and its family members (including Demon’s Souls and Bloodborne) are a sort of hybrid game. While primarily singleplayer, you can summon other players to help you or they can invade your world and try to kill you if you meet the requirements. Those requirements? You just need to be human. See, Dark Souls has two different states for the player: hollow (you look like beef jerky and have no eyes) and human (you don’t look like beef jerky and have eyes). Aside from not being able to summon or be invaded when hollowed, the only drawback is that you can’t kindle bonfires to permanently increase the number of charges on your healing flask. That’s something that needs to be done while human.

Anyway, Dark Souls isn’t going to keep you from exploring for the most part, but typically it is better to start by going to the undead burg and explore from there. The enemies are weak and you’ll find ways to upgrade your equipment as you go. This is a bit of a double-edged sword though because you’re just starting to grasp how combat works and it’s very likely you’ll die a few times before you get to the next bonfire. In fact, my brother Tempto called me at one point to ask me what I saw in the game because he’d been struggling to make much headway. I didn’t have an answer for him at the time, but maybe writing out this article will explain things a bit.

This didn’t really click for me until Dark Souls II, but combat in Dark Souls isn’t fast-paced like in games such as Devil May Cry, Bayonetta, or Darksiders. At least, not quite as fast as those games. Every swing of your weapon will consume stamina. Every blocked attack or attempted parry will consume stamina. Casting spells, running, dodging out of the way, all of it will take something out of you. That stamina comes back fairly quickly, but the constant balancing act makes everything you do feel deliberate. And that’s where Dark Souls really shines: its combat forces you to slow down a little and think rather than randomly mash buttons. Every enemy has a tell regarding their attacks. Sometimes you’ll just need to dodge out of the way, sometimes you can parry an attack and then punish them (something I was very good at right off the bat somehow, to the point that Dan was upset because “he parries more reliably than most veteran players”), but no matter what, enemies can be dealt with. Even if that means just running past them in the interest of time.

Enough about combat though, let’s talk about atmosphere. I didn’t know until recently, but apparently this was something that director Hidetaka Miyazaki was very particular about. The linked image is a snippet from an interview with Miyazaki, and while I cannot verify this myself, it seems to come from a book called Dark Souls: Design Works which also includes art from the game. Miyazaki stated that he insists on a certain degree of elegance, refinement, and dignity in each of his game worlds, and even with the horrors present in a dying world, you can still feel that elegance. Even in regards to the undead dragon mentioned at the end of the interview snippet, you can just feel the sadness in the air as it slowly decays virtually undisturbed. This sense of sadness permeates the rest of the game, too. Everywhere you go, places are abandoned, falling apart, deserted save for a few soldiers long since hollowed and in some cases overrun with demons. It’s beautiful, but also tragic if that makes sense.

But in the midst of all of this ruin, there you are. A lone undead who stubbornly refuses to hollow completely no matter how many times you die. Whether driven by spite or some grander purpose is not for me to say as that varies from individual to individual, but the journey is the same at its core. It’s going to be frustrating at first, but after a time (it varies from person to person), everything just comes together and that frustration gets replaced by a sort of tranquility. You start to accept that failure is just as much a part of the process as victory.

I’ll be honest, there was a time in that period of unemployment where I was in dire need of something to take my mind off of some terrible things that had been said to me by a recruiter following an unsuccessful job interview. Has a recruiter ever yelled at you for not getting hired? Hoo boy that soured a lot of things for me when that happened. I can’t even play Cthulhu Saves the World anymore without thinking of that. It was a rough time. But in the middle of all of that, Dark Souls was there. I started it up and just pushed through everything. I managed to take my mind off of the terrible mood I was in and the reason for it and just…focus on the game. It was a welcome change of pace, and just helped to deepen my love for it.

I know I make it a point to try not to spoil story when I write these unless absolutely necessary (as was the case in Final Fantasy VII remake and the implications of the changes made), but in this case, there isn’t too much that’s readily apparent that can be spoiled. Most of the lore throughout the game is delivered through item descriptions, and even then it’s very easy to miss something if you don’t find it in a run. But then on top of that, there’s a lot of environmental storytelling throughout. Not like every brick has some bit of lore to it, but subtle clues you can piece together based on where you find certain items. It’s like a treasure hunt in a way.

And that’s what I see in Dark Souls overall: It was a mellower at a time when I desperately needed one, and there are so many different ways to play it. There’s lore, there’s challenge, and one of the most welcoming communities I’ve ever seen. Obviously there are bad eggs out there, but I have never had a bad run-in for asking a simple question.

While not my favorite in the series (that belongs to Dark Souls II), Dark Souls is among my all-time favorite games. I can’t honestly recommend it for everyone, but if you’re up for a challenge and don’t mind dying again and again, I think you’ll find something here. Now get out there and have at! And remember to praise the sun!