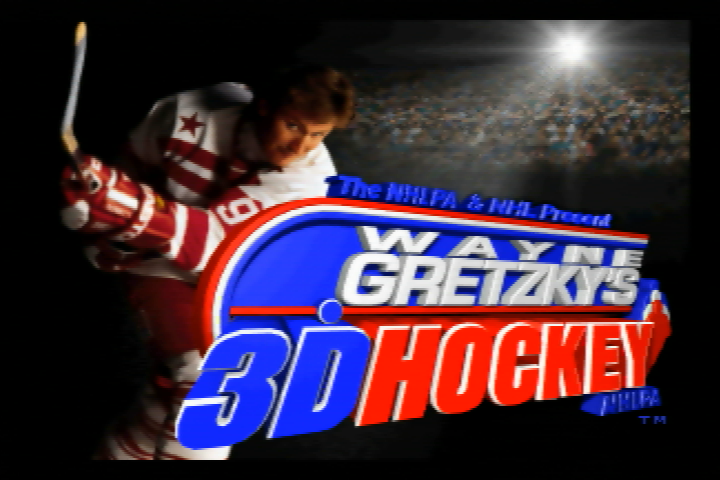 I’m not a big sports guy. My extended family would always sit down and watch football (or handegg for European readers) on Thanksgiving, but I was never into it. Dad took me to a Flyers game back in 2003 and they interrupted the game to inform everyone that Michael Jackson had been arrested (I remember this very vividly because the stadium erupted), but that’s about all I remember of it. Well, aside from a fight that broke out on the ice. Hockey is a violent sport, but maybe that’s why I like it so much compared to other sports.

Anyway, I remember my brother coming home with a copy of Wayne Gretzky’s 3D Hockey one day and it was amazing. Three-on-three teams, great sound effects, and Mike Albaugh’s commentary as the announcer. How on earth could you go wrong?

There are a few different modes you can try out: you can play a game, do a short season of eight games or a full season. You can even practice if you’re so inclined! The game is simple, but it’s fun.

I wish I could say more, but that really does cover most of it. I don’t know if there’s any sort of end state like other games would have. It really is an arcade game to the core. It’s great when you have friends or if you really like hockey, and I’m going to recommend it because honestly this is something everyone could have fun with, but there’s not a whole lot of depth to it past that. Plus, a full season of eighty-two games is a lot of time to spend on hockey. I don’t know if I have the strength.

I will say though, the addition of a rage meter is fantastic. If you max it out, a fight breaks out right then and there, and then the ref carries on like nothing happened!

Seriously, if you can find a copy for cheap, give it a look.